At JAY ROBOTIX, we turn your idea into production and market ready at a much faster pace with the latest technology at our disposal. Our expertise in hardware & software makes us a one stop solution for your idea to take shape.

We have executed a range of research projects for Indian Army and defense organizations which showcases our product development capability.

Anti-tank mine simulator is developed to address the issues of practical training to soldiers in laying mine field. This simulator gives the soldier a firsthand real time environment experience when working with the mine. The real mine bar is laden with explosive material and when the fuse is installed, any weight more than 120kgs on the mine will set off an explosion. The fuse had to be carefully installed where more pressure leads to an explosion & less pressure leaves the mine deactivated. This leaves our soldier with NO practical means of getting trained on Anti Tank mine fields.

In the simulator version, the soldier can be safely trained on laying mines as it is designed to have two low caliber explosives inserts one on each end of the mine. There are sensors near the installation of the fuse which activates a sound when the fuse is inserted with more pressure than required. This alerts the soldiers to be cautious. There are also sensors which activates the explosives when the weight on the mine exceeds the prescribed limit. The limit could always be altered depending on the requirement.

Corner-shot weapon could be described as one of the prestigious projects executed by Jay Robotix for Indian Army. In a close range firing, in a conventional way of approach, the soldier had to shoot the enemy standing upfront exposing himself (soldier) for a direct fire. Many have lost their lives in this process which could be eradicated by Corner-shot weapon.

The front adaptor can be rotated and locked in any of these following positions -75°, -37.5°, 0°, +37.5° and +75° using the front handle. Initially, the adaptor is at 0° and when the user is in a situation to face the enemy, he just rotates the front adaptor to 75°/37.5° accordingly, keeps the gun outside the corner of the wall, view through the camera in the integrated LCD screen, targets the enemy through his laser designator and strikes him off. 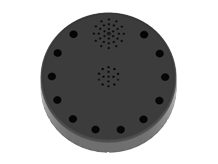 It is a common practice at high altitude regions, soldiers sleep in the battle tanks at night to withstand jaw dropping temperatures. They close up the tank lid, lit up a fire inside the tank and sleep. As time passes, the smoke & CO gas accumulates inside the tank causing the occupants to suffer from various lung related diseases.

We executed a project in order to make the occupants safe inside the tank. We installed a box which has smoke and CO gas sensors. When any one of these exceeds the permissible limits, a buzzer sounds a continuous alarm until it is switched off. This makes the soldiers safe and avoid them from any inconvenience. 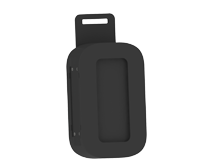 We all are aware of the recoil that is produced by rifles & machine guns. But we never experienced it in reality. It is very cumbersome. Positioning the rifle's butt on your shoulder is very important, as wrong positioning may lead to fracture of your ribs. Positioning it in the right place will also reduce the effect of recoil on your ribs.

We developed a mechanism in order to find the recoil force that is being exerted on one's shoulder. Since various guns have various recoil forces, this could be used to find any rifle's recoil force. The soldier straps the box on his shoulder, locates his gun on the mechanism and fires. This in turn gives a digital output to the officer standing behind him.

In a battlefield, soldiers are risking their lives for the sake of the country. But there are ways in order to protect oneself from coming under direct fire.

Jay Robotix has come up with a Pan & tilt mechanism for Light machine gun (LMG) which could be operated remotely using a user-friendly joystick. The soldier places the unit in the battlefield and he takes cover in a bunker. He then uses a joystick to maneuver the LMG, see where he is targeting using a LCD screen in his palm, target the enemy and fires the trigger though the joystick. Mission accomplished. 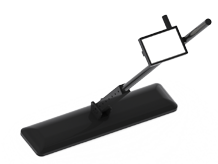 In general practice, soldiers plant land mines in the border wherever required to protect enemies from entering the country. The land mines are planted in a particular layout in a map. They diffuse them after some period and re-plant them in a different layout. In some cases, mines shift from its original laid place and at times map layout is also lost. This unknowingly will result in our own soldiers to die in the land mines we planted.

We developed a Mine detection handle which includes sensors to detect mines and an integrated LCD screen in order to map the layout while planting the mines. Since the map is digitalized it can be easily saved in records. Retrieving the planted mines will not cause much trouble since the mine layout is with the soldiers in real time in the handle and they could detect the mines in the places they actually have laid, if NOT found soldier can search for the missing mine in and around places. 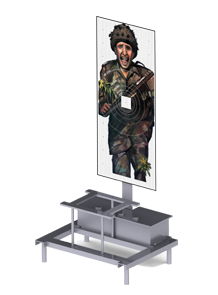 A pop-up target is mechanism which pops-up when a signal is given. It is used by the soldiers for practicing their shooting at targets in real time.

The pop-up target unit developed at JAY ROBOTIX can be wirelessly controlled over a range of 1 Km and is waterproof. The target pops up in less than a second which makes the shooting for soldier a bit hard. A series of 10 pop-up targets are kept in the range and the officers randomly pops up the target, and the soldier should hit them in the bulls-eye. 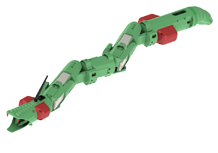 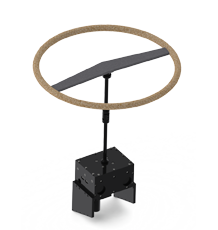 Simulators play a major role in training personnel and cuts major costs of training. The steering simulator developed gives a real time feeling of vibrations that occur while driving. The steering locks after half rotation when a key is not inserted, locks itself after +/- turns for taking a turn which can be configured for various types of vehicles which make it useful to reduce further costs of simulator development.

A rifle is a primary defense for a soldier. In order to practice shooting, soldiers had to spend a lot of time in shooting. More costs are incurred when shooting in real time. So to reduce the costs and as well for the personnel to understand the basics of rifle, the simulator versions are developed. First the soldiers are trained on the simulator versions and once confident, they shoot in real time.

Jay Robotix developed a plug and play attachment for various rifle such as INSAS RIFLE, INSAS LMG, GRENADE LAUNCHER, ROCKET LAUNCHER and SNIPER. The simulator version gives inputs when a magazine is inserted, when the safety switch is positioned in rapid fire mode or burst mode. When the weapon is cocked a signal is transmitted and finally a signal is transmitted when the trigger is pressed. This way the officers could assess the soldier and take further action. The plug & play attachment could be used when a simulator is required. It could be removed when there is a need for the original weapon.

We specialize in designing customized Unmanned Aerial Vehicles as per the user requirements. 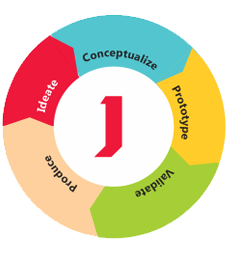 ARE YOU LOOKING FOR ANY CUSTOM PRODUCT DEVELOPMENT?
Contact us